The soaps of Hanf&Natur are produced by an old traditional soap recipe, the basis is 100% true hemp oil. Because of the gentle processing an especially high share of moisture-regulating glycerol remains in the soap. The valuable non-saponified shares in the hemp-oil protect the skin from damaging influences of the environment.

The Hempoil Soap is a special mild nature-soap and suitable especially for daily using. The skin was softly cleaned and due to the high share of hempoil it didn't strained. The moisture content of the skin was influenced positively by the share of natural glycerol. Because the soap didn't contain any conservation and fragrance it is also suitable very well especially for sensitive skin. 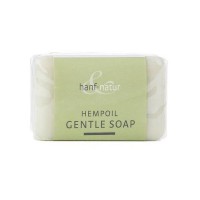 The soaps of Hanf&Natur are produced by an old traditional soap recipe, the basis is 100% true h.. 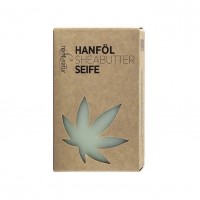 The new soap with hemp oil and shea butter is a palm oil-free natural soap that only contains purely..